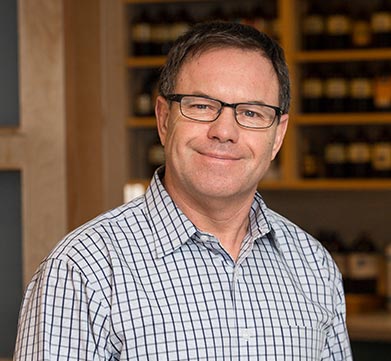 Daniel J. Young ND, LAc. graduated from the National College of Naturopathic Medicine (NCNM) in 1992 and the Oregon College of Oriental Medicine (OCOM) in 1993. Dr. Dan complimented his studies in Oriental medicine with a trip to Harbin, China, where he worked in a hospital with expert physicians in Acupuncture and Chinese botanical medicine. His undergraduate degrees are in premedical Zoology and English Literature. Dan taught undergraduate medical anatomy for three years and has contributed to publications on that subject. During medical school Dan taught anatomy lab, hydrotherapy and became the Director of the Medicinary for NCNM's teaching clinic in Portland.

Upon his return from China, Dan set up a very successful family practice in Chandler, Arizona, where he practiced for three years. He was appointed Director of the Medicinary for the new Southwest College of Naturopathic Medicine and Health Sciences (SCNM) in Scottsdale where he established a "state of the art" natural pharmacy for the teaching clinic. He also taught various classes on Oriental medicine at SCNM and was offered the position of Dean of Acupuncture and Oriental Medicine. Instead, he got married and moved to Eagle River, Alaska and established Eagle River Naturopathic Medical Center, Inc. in 1995.

In 2007, Dan established the Center for Natural Medicine Inc., a family practice that blends naturopathic medicine with Traditional Chinese Medicine. He has served the Eagle River and surrounding areas for 26 years.

Dr. Dan has been active in his state associations, serving on Executive Committees in various leadership capacities for both The Alaska Association of Naturopathic and The Alaska Acupuncture Associations. He has been a key player in the development of legislation that would ensure that Naturopathic Doctors and Acupuncturists in Alaska could practice commensurate with their education.

He is also certified by the National Commission for the Certification of Acupuncturists and is a member of the American Society of Acupuncturists. Dr. Dan served on the board of the Northwest Naturopathic Physician’s Convention for 25 years and is a Senior Vitalist for the Naturopathic Medical Institute – the last bastion of Traditional and Vitalistic Naturopathic Medicine in America. Dr. Dan has been interviewed in several venues including Good Morning America and CBC Prime Time Live.

Dr. Dan lives in Chugiak, Alaska with his wife Jennifer, a cardiovascular charge nurse, a blended family of 9 children and yellow Lab Jericho. He holds black belts in three styles of jujitsu and has his amateur shorts for Muay Thai boxing. In addition to practicing medicine, Dr. Dan loves family, hockey, skiing, shooting, literature, music, his 1970 Oldsmobile Cutlass, and spending time in the Great Alaskan wilderness.